Skip to toolbar
Login Menu
May 23 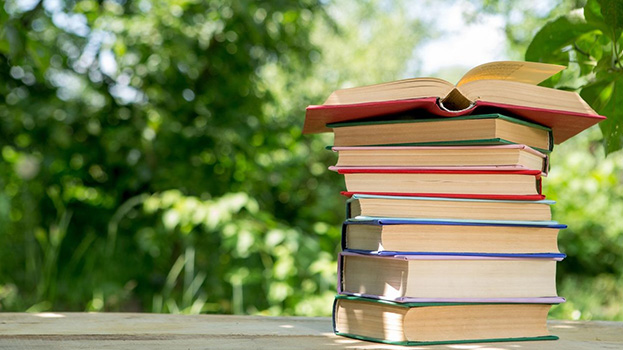 Here are five penned-by-dancers titles, out now, to add to your TBR pile.

Being a Ballerina: The Power and Perfection of a Dancing Life

Gavin Larsen’s memoir oftentimes reads more like a novel than an autobiography. In the Preface, she confesses that her “dancer-self” sometimes seems like a different person when she looks back. So while she takes the reader through the events of her training and career—from School of American Ballet to her first job at Pacific Northwest Ballet to her final curtain at Oregon Ballet Theatre—there’s just enough remove that the 8-year-old accidentally stumbling into a too advanced technique class on her first day could be a fictional character, making it that much easier to imagine ourselves in her shoes. Interstitial chapters walking through an average day in the life of a professional dancer go a step further, dropping the reader (addressed as “you”) directly into the everyday agonies and ecstasies of a life in dance. University Press of Florida, available now.

Refinding the Rules of Gravity

Described as “a love letter to gravity,” dancer and choreographer Anna Antongiorgi’s collection of poetry is deeply rooted in the body. Some poems, like “choreography V” or “in an open studio,” directly address the sensations of dancing—reasoning with gravity, finding unexpected points of focus while improvising—while others are edged with the fear of returning to the studio after an injury. Even the entries not explicitly about dance create the sensation of movement, a physicality that both grounds and frees the words on the page for an undeniably visceral experience. Finishing Line Press, available now.

Swan Dive: The Making of a Rogue Ballerina

Georgina Pazcoguin, otherwise known as the “Rogue Ballerina,” has never been known to pull punches. The New York City Ballet soloist’s memoir is as no-holds-barred as her dancing, not shying away from discussing extramarital affairs or detailing the body shaming, casual racism and toxic masculinity she perceived as the norm during Peter Martins’ tenure as ballet master in chief. Harrowing anecdotes of their interactions are balanced, somewhat, by accounts of onstage triumphs, adventures on tour, forays into musical theater and dressing-room camaraderie (and dog drama). Come for the unfiltered peek behind the curtain, stay for the accessible, often hilarious writing. Henry Holt and Company, available now.

Center Denter: A Funny, Sexy, Sad Almost-Memoir of a Boy in Ballet

If anyone still had illusions about James Whiteside being your run-of-the-mill American Ballet Theatre principal, this collection of essays would handily dispel them. Biographical but not chronological, White­side’s writing covers not only his winding journey to ABT, but also his experiences discovering drag, coming out of the closet (both to himself and to everyone else), falling deathly ill while working on the controversial dance theater show The Tenant, and coming to terms with his deeply complex relationship with his late mother. Quippy, decidedly NSFW and, occasionally, breathtaking in its matter-of-factness, the “almost-memoir” offers a portrait of an artist caught in the process of unearthing and understanding new facets of himself—and is therefore, by its nature, more of a series of snapshots than a complete rendering. Viking Books, available now.

Drawn from a decade of leading The Bridge Project, in addition to her experiences as a dancer, choreographer and activist, Hope Mohr’s book questions how the dance field can continue to pursue racial and cultural equity. Accompanied by case studies, a workbook for embodied research and an archive of The Bridge Project’s increasingly intersectional programming, it offers a starting point for curating in harmony with social change, and examines how dance leaders can use their privilege to, as the title suggests, shift cultural power from where it has historically been monopolized—namely, away from whiteness. The National Center for Choreography at The University of Akron Series in Dance from the University of Akron Press, available now.

To finish activating your account, check your inbox for our Welcome message and confirm your email address.